Russia has warned Lithuania of “serious” consequences after it banned the rail transfer of some goods to the Russian territory of Kaliningrad.

Lithuania says it is only following the EU sanctions imposed over Moscow’s invasion of Ukraine.

Kaliningrad – a strategic region where Russia’s Baltic Fleet is headquartered – has no border with mainland Russia.

The western territory was annexed from Germany after World War Two in 1945 and is bordered by EU and Nato members Lithuania and Poland.

The region relies heavily on rail transit via Lithuania. 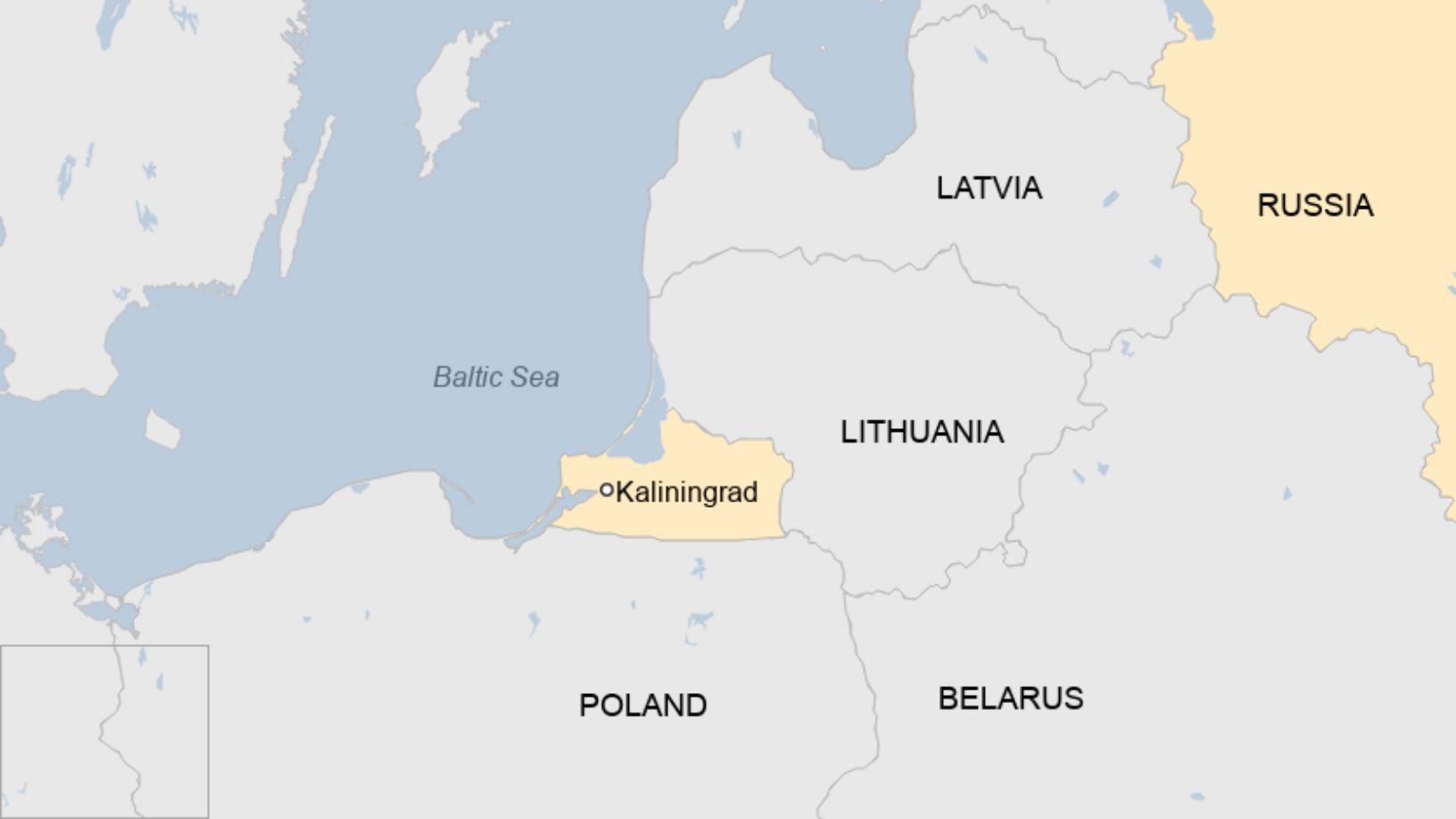 During visit on Tuesday to Kaliningrad, Mr Patrushev said the blockade by Lithuania was instigated by the West “in violation of… international law”.

The secretary of Russia’s Security Council warned that “appropriate measures” would be taken “in the near future”.

“Their consequences will have a serious negative impact on the population of Lithuania,” he added, without giving any further details.

Earlier on Tuesday, the EU ambassador was summoned to the Russian foreign ministry over the blockade.

Last week, the Lithuanian authorities announced they would ban goods subject to EU sanctions from passing through their territory to Kaliningrad.

As a member of the Nato military alliance, Lithuania is protected by collective defence treaties.

Russian officials are furious with Lithuania – and the EU – over the ban on the transit of some goods to Kaliningrad. They’re likening it to a blockade.

But when the foreign ministry in Moscow says “Russia reserves the right to take actions to protect its national interests”, what exactly does it mean? What actions and when?

The Kremlin says it’s trying to work that out right now.

On Monday, President Vladimir Putin’s spokesman, Dmitry Peskov, noted that “the situation is really very serious and requires a very deep analysis before preparing any measures or any decisions. This thorough analysis will be carried out over the next few days.”

Today, one of Vladimir Putin’s closest allies, Nikolai Patrushev, flew to the Kaliningrad region to discuss “national security in north-west Russia”. Mr Patrushev is secretary of Russia’s powerful Security Council. Officials claim the visit was planned long in advance. What a coincidence.

When it comes to “national security”, Kaliningrad is a key location. Russia’s Baltic fleet has its headquarters there. And Moscow has previously deployed nuclear-capable Iskander ballistic missiles to Kaliningrad region.

More on this story